Is overselling a good practice or a bad one? There are a lot of different takes on this, and I would like to share my $.02 on it…

Overselling, in the simplest of terms, is selling more than you have, based on the assumption that not every Customer would use all of the resources provided to him. However, if consumers begin to use 100% of the resources promised to them, it becomes a major problem for both, the Provider as well as the Consumer. On the other hand, overselling could be considered a good practice, since it actually keeps a check on end Customer prices. If overselling was not practiced by companies, getting web-space would be much more expensive than what it is today.

Overselling done by Hosting providers can be understood by drawing a parallel to a more common scenario, that of telecommunications companies. Usually telecom companies oversell many times over their installed capacities, based on the common logic that not all Customers will use their mobile phones at one time, or to the fullest capacity. Now, when all Customers do use their allocated connections at the same time, the quality of service plummets below the promised mark. Hence, on days like New Year’s eve, when most of us try to get in touch with our dear ones, it is almost impossible to make a call. Blame it on overselling. Overselling however, keeps prices at low rates. If there would be no overselling, only a few of us would have mobile phones and those few, would pay some hefty fees to use them.

Coming back to the Hosting industry, let’s discuss the technicalities of overselling. The most common parameter oversold by Hosting Providers is bandwidth. Let us take, for example, a web hosting company that has a server with a 120 GB hard drive and 800 GB bandwidth. They start selling plans with 1GB space and 10GB transfer quota. After selling 80 plans the entire available bandwidth gets reserved and you’d normally assume that the host has hit the ceiling in terms of available bandwidth resources and can’t sell anymore. But that’s not what happens in reality. It’s common knowledge that not all websites consume the entire bandwidth allotted to them. The peak level bandwidth consumption of these websites may never cross 350-400 GB. Now, the web hosting company decides to maximize the profits of their server (cost is constant) by utilizing the extra bandwidth and selling more packages. They sell another 40 plans with the same parameters of 1GB space and 10 GB bandwidth. This space and bandwidth when added to the previous plans, sums up to 120 GB space and 1200 GB bandwidth. Naturally it helps in cutting down the rates and services become that much cheaper. This host is assuming (hopefully intelligently) that the peak bandwidth consumption will yet not cross 800GB, and in most cases that could be right. But, unaccounted overselling is what results in poor quality of service and you surely want to stay miles away from such providers.

I will not say overselling is the best practice, but under strictly controlled measures can be beneficial. There are so many web hosts, catering to every niche in the industry today, that choosing one has become more difficult than ever before. It has become practically impossible to decide one purely on the basis of the plans on their website; you never know whose overselling and by how much. I would keep in mind a couple of ratios, that more often than not, help you determine the ‘degree of overselling’, if you can call it so. From my experience and a lot of research, I would say that overselling starts when bandwidth to space ratio exceeds 15:1 (which is more of a conservative estimate). I have seen providers selling at 50:1 and even higher, which is nothing but just a disaster waiting to happen. You can also check the cost to bandwidth ratio which starts getting bad if it goes lower than $0.50 for 1GB. These numbers are not proven anywhere; its just something I consider looking at while deciding Hosting Providers.

How do we function?

Unlike most Web Hosting Reseller plans out there, we don’t provide you with bulk space on a server with you selling portions of it over time. We have invested in the server ourselves, and also configured packages for you. All you need to do is sell, and when your Customer does purchase a package, we provision it on the server.

What’s in it for you?

With our Hosting, you will never have any blocked funds, because you are not buying in bulk or investing in the server. Nor do you need to do any of the maintenance. You only spend money when your Customer purchases something from you. With regards to overselling, our ratios speak for themselves. Our bandwidth to space is a phenomenal 2/1. Compare it to the fact that overselling begins at somewhere about 15/1, we are way off it! Surprisingly though, we have managed to still offer some of the lowest prices out there.


There is no ads to display, Please add some 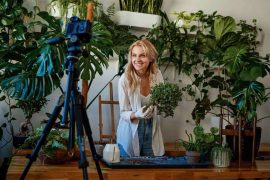 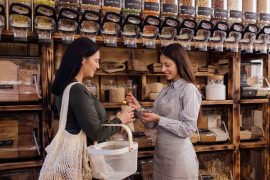 What is Customer Churn and How To Prevent It 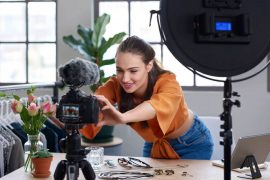