With the end of the third quarter and the launch of our all new SSD VPS hosting, the month of September saw a 50% increase in the total counts of new gTLD registered as compared to the month of August. The domain extension .XYZ, continued to retain its top spot, and was not the only new gTLD driving our registration numbers. Registrations of .SITE climbed 335% in September, thus propelling it to the second spot on the list. .ICU, .TOP and .ONLINE also witnessed a considerable spike in  registrations and were able to make it to the top 5 list of trending new gTLDs.

Let’s dive into the trending new gTLD list for the month of September :

.SITE: It was the massive jump of 335% in the registration numbers of this new gTLD that landed it on the second spot in the list. .SITE that was able to grab an 8% share of the total new gTLDs and secured the second spot on list for the first time. .SITE was running at a promo price of $4.99.

.ICU: Despite a shift in its rank, registrations for .ICU were on the rise with a 5% increase compared to August. Being sold at a promo price of $0.99, .ICU has undoubtedly gained popularity in the China market. This new gTLD was able to grab a 6% share of the total new gTLDs registered in September.

.TOP: The promo price of $1.59 sent the registrations for .TOP soaring to 112% in September and thus, it secured the fourth spot on the new gTLD trending list. Just like .XYZ, .TOP has been consistently performing well since the start of the year. Again it was the global market that helped boost the registrations of this new gTLD.

Outside the top 5, while .SPACE was able to hold on to its sixth spot, .LIFE moved up a rank to the seventh spot with a 57% jump in its registration numbers. The new gTLD, .LIVE which was able to secure a spot in the top 5 list in August got bumped out in month of September, settling in at the 11th position. The new entrant for the month was .NEWS that secured the ninth spot with a 400% spike in its number.

Don’t miss out on our exciting domain promos coming up during the month of October:

And that’s it folks! You can check out all our trending domain promos here and get the right one for your customer’s business.

Also follow us on Facebook or Twitter to get updates about our trending domain promos. Just look out for the posts with #domainpromos. See you there! 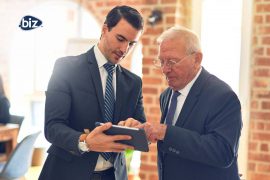