We celebrated Christmas in style with a bunch of exciting discounts during the festive season which contributed to the spike in new gTLD counts. Let’s dig in and find out more!

The new gTLDs like .TOP, .ONLINE, and .XYZ not only landed the top spots but also drove the overall counts of the new gTLDs registered in December by 96% compared to the month of November. While .SITE moved up a rank, .SPACE made it to the top 5  with an 11% spike in its registrations.

Here’s a list of top 15 new gTLDs that were trending during the month of December:

.TOP: .TOP undoubtedly topped the new gTLD trending chart in the month of December as it witnessed a 2100% jump in its registrations in the global market. .TOP started the year with a modest number of registrations and was successful in securing a 72% share of the new gTLDs registered by the end of the year, which is huge! This new gTLD was being sold at a promo price of $1.59.

.ONLINE: Despite a rise in the promo price of this new gTLD compared to November, the fact that .ONLINE was able to secure the second spot in the month of December, pretty much says a lot about the increasing popularity of this new gTLD in the global markets. Along with a jump in its registration numbers, this new gTLD was also able to grab 5% of the total registration in December.

.XYZ:  It is the promo price of $0.99 that has caused a gradual rise in the registrations of this new gTLD during the year. .XYZ has been trending all year long and was consistent in securing a spot in the top 5 list every month in 2018. .XYZ grabbed a 5% share of the total new gTLDs registered in December.

.SITE:  The month of December saw an 8% rise in the registrations of this new gTLD that helped .SITE move up a rank. The registration count for .SITE surged in the last quarter of the year. The low promo price of $4.99 has also been one of the factors for the spike in its registrations in December.

.SPACE: This Radix new gTLD, was able to fight its way to the top 5 list after a long time. Registrations for .SPACE jumped 11% in the month of December and hence it was able to secure the fifth spot along with a 2% share of total new gTLDs registered. .SPACE was being sold at a promo price of $4.99.

Here’s a peek into the exciting domain promos we’ve got lined up for the start of new year in January:

And that’s it folks!

Also follow us on Facebook or Twitter  to get updates about our trending domain promos. Just look out for the posts with #domainpromos. See you there! 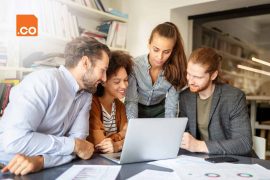 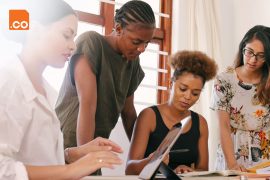 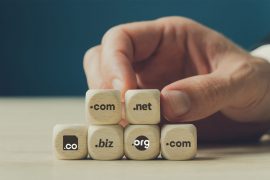