How to get Gen Z to Read your Blog

Generation Z – Who are they?

Even though there’s some debate on where exactly the line that separates Generation Z from Millennials lies, the most common consensus I found is the year 1995. Anyone born during or after the mid-90s to the early 2000s is the new young generation, whose older members are just now entering the workforce.

With these youngsters moving in and overtaking Millennials, companies are scrambling to understand them and figure out the correct strategies to communicate with them.

The most significant and unique aspect that defines these individuals is the fact that they are the first real “digital natives,” meaning that they were born into and grew up in a world of mobile devices, instant messaging, apps and social media. Gen Zers have never known a world without Internet access and having that at their fingertips everywhere they go means that they don’t distinguish between online and offline channels as much as the generations before them.

They are reported to have $44 billion in purchasing power, making them the new demographic to target for companies and businesses alike. To engage with Gen Zers and appeal to this new generation, companies will have to undergo a pretty big makeover in their marketing strategies as research indicates that Generation Z is nothing like their Millennial big brothers and sisters.

How can your blog appeal to Generation Z?

Generation Z is coming. Right now, they’re just entering the workforce but by 2020, they will account for 40% of all consumers. This means that brands and companies will have to make an effort to understand and appeal to these individuals, as they did with Millennials, if they wish to succeed and stay in business in the next decade.

When you’re trying trying to attract Gen Zers to your company blog, it’s important to keep in mind the fact that these digital natives know the power of technology and the Internet. This means that companies must remember to keep their branding consistent, make their content available across all the platforms Gen Zers utilize (mostly mobile devices), and change their language to suit them. Gen Zers are visual creatures with a highly effective 8 second filter of information; if you want to get your message across you have to make sure you change the way you communicate. 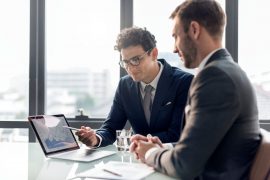 What is Predictive Trend Analytics and Why is it Helpful to Businesses? 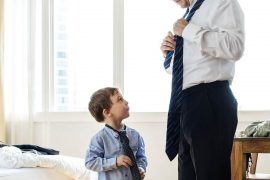 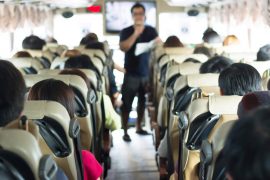 A Definitive Guide to App Marketing with Social Media