In the days of yore, we heard about the natural calamities – floods, storms, earthquakes. Experts and governments used to discuss ways to contain them and take measures to make good the losses faced. With the advent of the 21st century, the world was introduced to the ‘Internet’, which has gone down in the annals of the human history. However, along with all its blessings, the internet also brought along its issues, with privacy invasion and data breaches topping the list.

And this is exactly what is haunting one of the biggest beneficiaries of the internet – Facebook. Facebook started off as a social media platform to connect people. Of late it has also ventured into a marketplace for organisations and marketing professionals. More importantly, regulators and governments of various nations are using it effectively to their use. All this means data transfer of millions and billions – of individuals, organisations and nations to Facebook.

But the bug doesn’t stop here! So what’s the noise around the Facebook data leak all about? Let’s dig deeper into this.

Remember the time Facebook asked you whether you wanted to share your information with third party apps Facebook has tie-ups with? And in all the excitement we said ‘Aye’! Let’s take the example of the dating app, Tinder. One can log in to this app through Facebook too. Once we do this, all our data viz. name, contact details, birth details, marital status, etc. becomes accessible to Tinder.

In this instance, an app by the name ‘thisisyourdigitallife’, developed by Aleksandr Kogan, a psychology professor at the University of Cambridge asked personal details (more of personality and psychological profiles) of Facebook users through Facebook. While he promised that it was purely for academic purposes, Kogan is believed to have sold the results of around 50 million users to an analytics and marketing firm, Cambridge Analytica which has also worked for the presidential campaign of the current President of the United States, Donald Trump.

Facebook is being tried in several legal forums for breaching privacy rights while also being reprimanded by various state governments. Cambridge Analytica, on the other hand, has said it deleted the entire data once it was asked by Facebook to do so a couple of years back when Facebook became aware of the leak.

Effect on Individuals and Organisations:

Individuals, organisations and nations have all been affected in some form by the data leak. Let’s discuss how:

Prevention and Precautions:
They say prevention is better than cure. While the system can’t be a fool-proof one, users need to be more vigilant. We should be prepared if a situation like this arises once again.

Let’s see what are the basic precautions we can take to safeguard our personal data:

Although it is not entirely possible to prevent data leakages, it can be reduced to a great extent by being highly vigilant. Check out this video to learn some quick tips & tricks to protect your data on Facebook.

#FBDataBreach: Here is how you can keep your personal data safe on Facebook.Shaayaan Shaikh


There is no ads to display, Please add some
data leakfacebookfacebook data leak 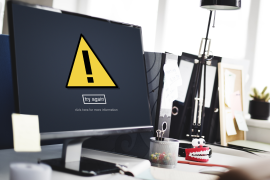 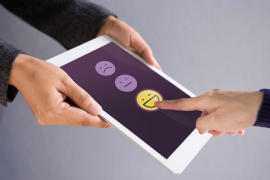 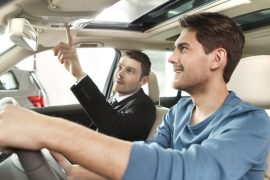 How Does CodeGuard Ensure Automated Backups For Your Website Data